I was working at one of the major retailers that sold music when Delerium became popular, Semantic Spaces, with a more mainstream audience. I was a fan of Delerium’s older stuff which was darker, more industrial.

I actually had a “hook-up” ask me to turn it off once because it spooked him out and he was waiting for something to jump out from under the bed.

The vocals for Delerium, much like Dead Can Dance, are often deep, powerful, soothing and often emotional.

I think this song would make the best INTRO song on a playlist. Imagine putting this on, pouring yourself a whiskey, lighting some incense then picking out what you are going to wear to WOW the masses that evening when you hit the town!

Then slowly build the playlist up to wear you are wiggling your butt in the shower just like you were on the dance floor, but wait until you are drying off first!

Creator & Editor in Chief of TURNIP STYLE.Bringing his humour, passion & perspective to TURNIP STYLE, from his experiences through life, work & travel, as well as an "Expert...

TURNIP STYLE always welcomes, and encourages healthy discussion between members. We invite you to familiarize yourself with our terms, which are in place to maintain a health and happy, respectful and healthy community discussion.

Feel free to read and add your comments below. Oh, and while you are here be sure to sign up for your personalized SNAP THE STRAP emails. 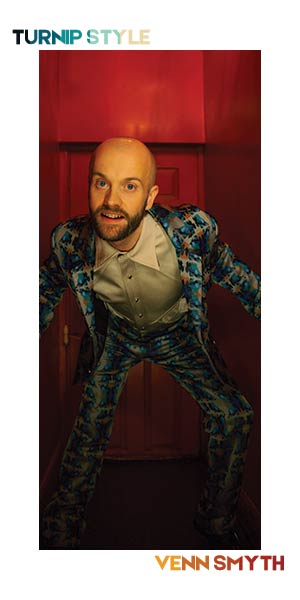